We would like to invite you in entertaining program “Catch, fish, big and small”. The event will be organized at the base «Tuos» of  Khanty-Mansiysk 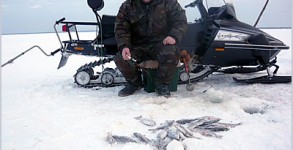 For accredited representatives of Mass Media the excursion programmes will be organized in the frame of The final World Cup of Biathlon 2012/2013. The journalists

Vice President of the Russian Biathlon Union (RBU), International Judge, honored coach of Russia, the largest international expert in the design and construction of the

Sergei Tsigal: Biathlon it is something incredible

During the festival the “Spirit of Fire” with the main theme of this year’s “Sports”, guest – Moscow artist Sergey Tsigal – shared his opinion

About 150 journalists will come in Khanty-Mansiysk

Аbout 150th Russian and foreign journalists will arrive in Ugra at the World Cup biathlon . Competitions will take place from 11 to 17 March